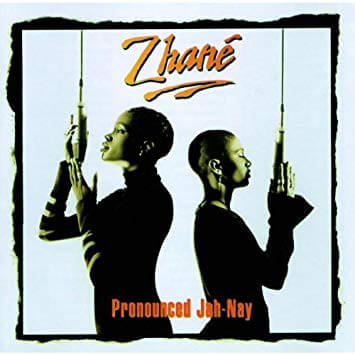 Featuring timeless hits like “Hey, Mr. D.J.,” “Groove Thang,” and “Sending My Love,” the 14-track reissue is available on standard black 2LP vinyl and limited edition orange vinyl. It features the Kay Gee remix of “Groove Thing” on vinyl for the first time in the U.S.

Renée Neufville and Jean Norris were the first artists to sign to Jazzy Jeff’s A Touch of Jazz production company and met while in school at Temple University. The two eventually linked with Benny Medina, who convinced them to form a songwriting duo. After linking with Naughty by Nature member Kay Gee, the duo created one of the greatest hip-hop anthems with “Hey, Mr. D.J.” in 1993; it hit No. 6 on the Billboard Hot 100 and earned them a contract with Motown Records. Their platinum-selling debut, Pronounced Jah-Nay, also includes the smash hits “Groove Thang” and “Sending My Love.”

“I’m grateful to know that once my soul leaves the physical body, the music will outlive all of us,” Renee Neufville told Wax Poetics in 2014. “It’s one of the biggest gifts I could ever imagine receiving because life is so short. This is the legacy we’ve left behind. We came up in a time when classic music was being made. Not just hit records, but records that will be played forever.”

Rihanna On Starting A Family: ‘I’ll Have Kids – Three Or Four Of Them’